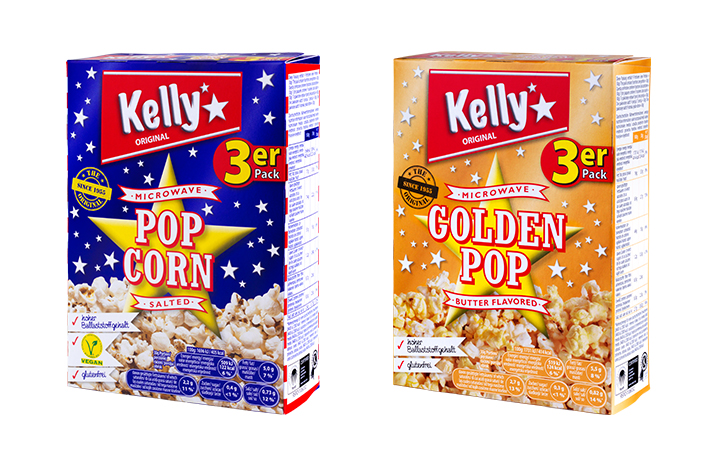 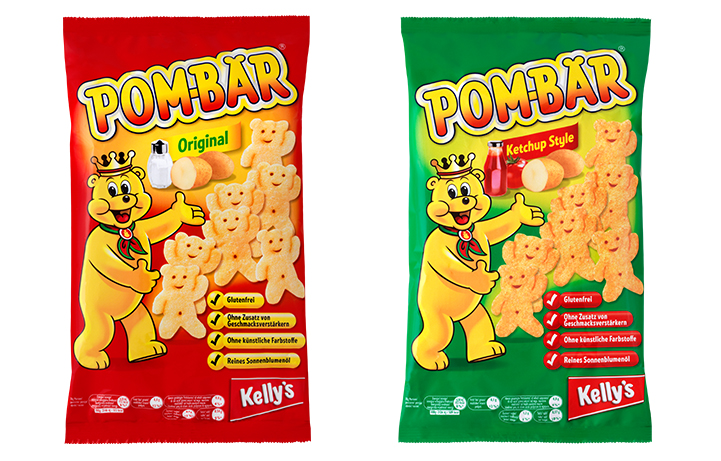 The Kelly Ges.m.b.H. is an Austrian company of American-style and part of Intersnack group. In the post-war Austria in 1955 major Howard Morse Kelly together with the Austrian Herbert Rast founded the “American Popcorn Company”. in 1965, the company then became Kelly Ges.m.b.H

in 1976 the company acquired the chips factory in Hollabrunn and subsequently also in 1985 the Feldbach bakery factory, the largest baking line for salt sticks in Europe. In addition, a nut processing company was bought up.

in 1994, Dr. Wolfgang Hötschl takes over the management of the company and under his guidance a modern logistics and administrative center was opened in early summer 1997 in a large site in the industrial center of North in Vienna-Donaustadt on the present 58,000 m 2. This was designed as a hub for Austria and its neighbouring countries.

In 2007/2008, Kelly was taken over by the company Intersnack from Cologne. As a management unit Kelly is responsible for Austria, Slovenia, Adriatic, Italy and Switzerland.

Londou Trading became the exclusive distributor of Kellys Mw Popcorn in 1998 and since then imports and distributes Kellys products with great success in the Cyprus Market.